Summary pages by region are as follows, while a full list of all cycle tours is provided below.

Click on the links below to see the maps and trip reports of our bicycle touring holidays.

A Google Map (scrollable) combining the cycle tour routes can be found HERE. A thumbnail of that map is shown below. 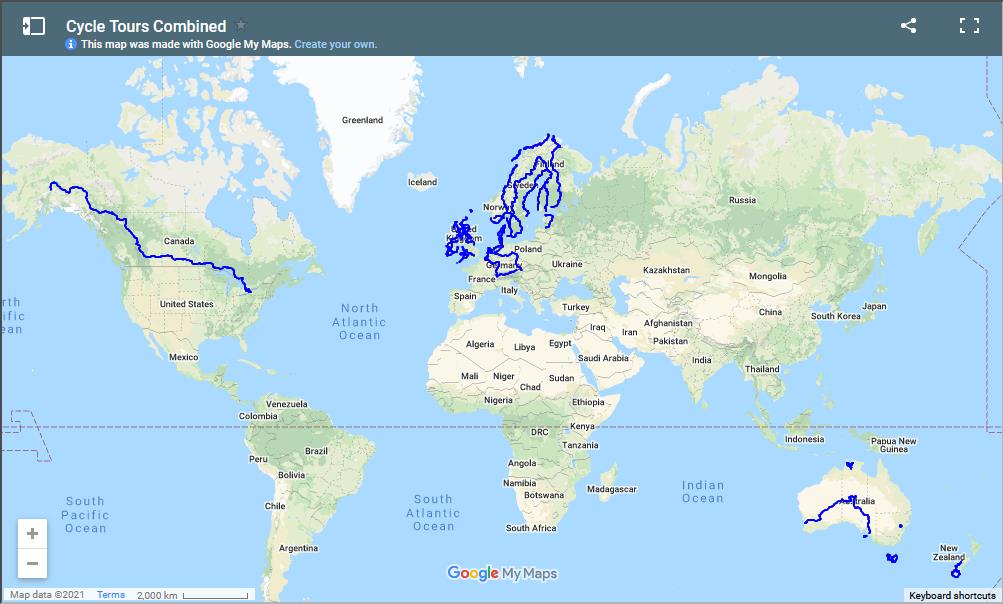