Over the October 2003 long weekend, we undertook a shortened version of the "Gold & Wine Country Circuit" ride described in Lonely Planet's Cycling Australia Book. Having only four days to complete the round trip, we decided to head off from home on 4 October 2003, and cycle from Sofala to Hill End, a distance of only 38km. The road was rather rough for our road tyres, and luckily we had spare tyres to replace the result of a blowout that occurred on one of the descents. Ended up getting to Hill End about 17h30 and camped at the wonderful National Parks camp site (Glendora, I think). 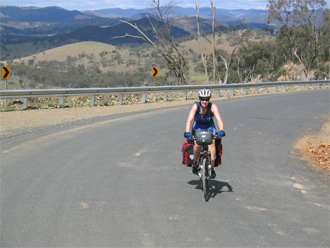 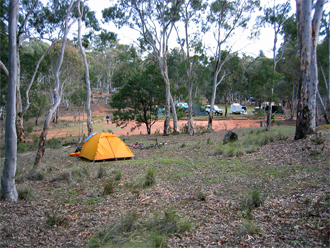 We woke up on Day 2 with weather that was threatening to make the day on the bike cold and wet. A distance of 73km was required to get us from Hill End to Mudgee, and although a lot of the roads were unsurfaced, they were not as bad as the previous day. We ended up camping at the local campsite in the middle of town which was absolutely great. Then the rain started, and it rained all night. 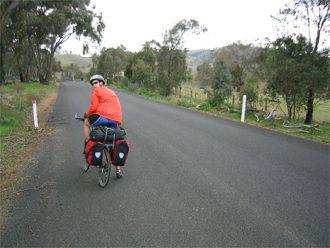 It was wet, wet, wet, on Day 3 which took us from Mudgee to Rylstone, a distance of 53km. I reckon that the shower that we had at Rylstone was the best ever, and we spent many minutes trying to thaw out under the piping hot water. The weather cleared soon after arriving, and we were able to have a nice walk around the small town. The campsite, although basic, was absolutely wonderful - very clean and quiet with nobody else around. 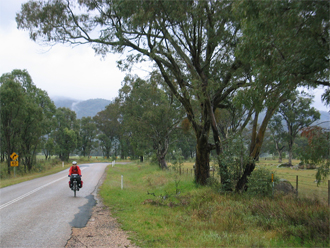 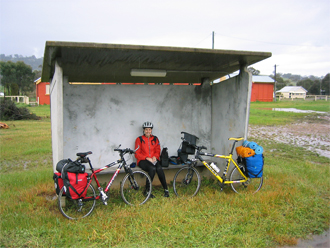 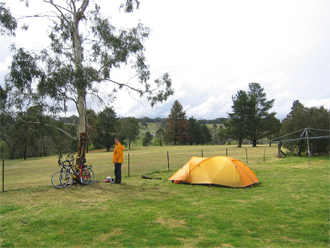 The final day saw us cycling 57km from Rylstone to Sofala. The weather had cleared nicely for our final day. 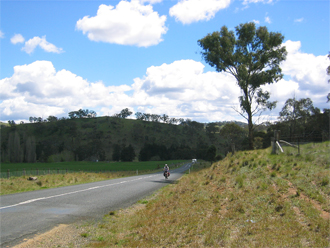